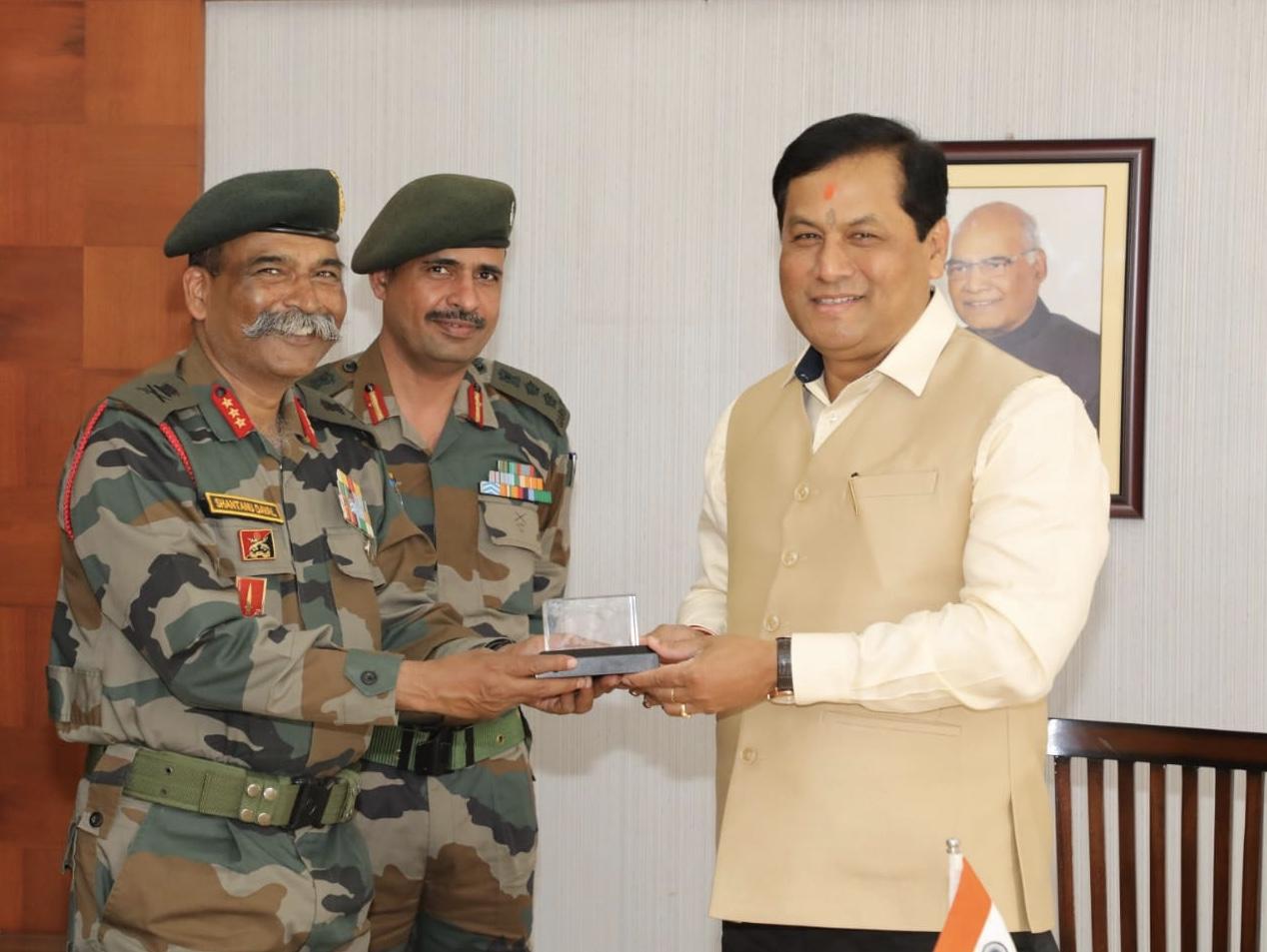 A defence press release informed that the GOC and the chief minister discussed about various issues including the prevailing ‘normalisation situation’ in the state.

The GOC apprised the CM of various measures that are being taken by the Indian Army and Assam Rilfes for achieving peace, development and prosperity in the State, Tezpur-based Defence PRO Lt Col Harsh Wardhan Pande said.

During a fruitful interaction, the GOC of Gajraj Corps discussed a number of issues including internal security  besides good work being carried out by the Army in the field of woman empowerment, youth development, uplift of the living standard of people residing in the remote areas of Assam.

The Chief Minister appreciated the armed forces for their contribution in improving the security situation in the state.

The Chief Minister also applauded the selfless sacrifices and support of the Army to the wellbeing of people of Assam.