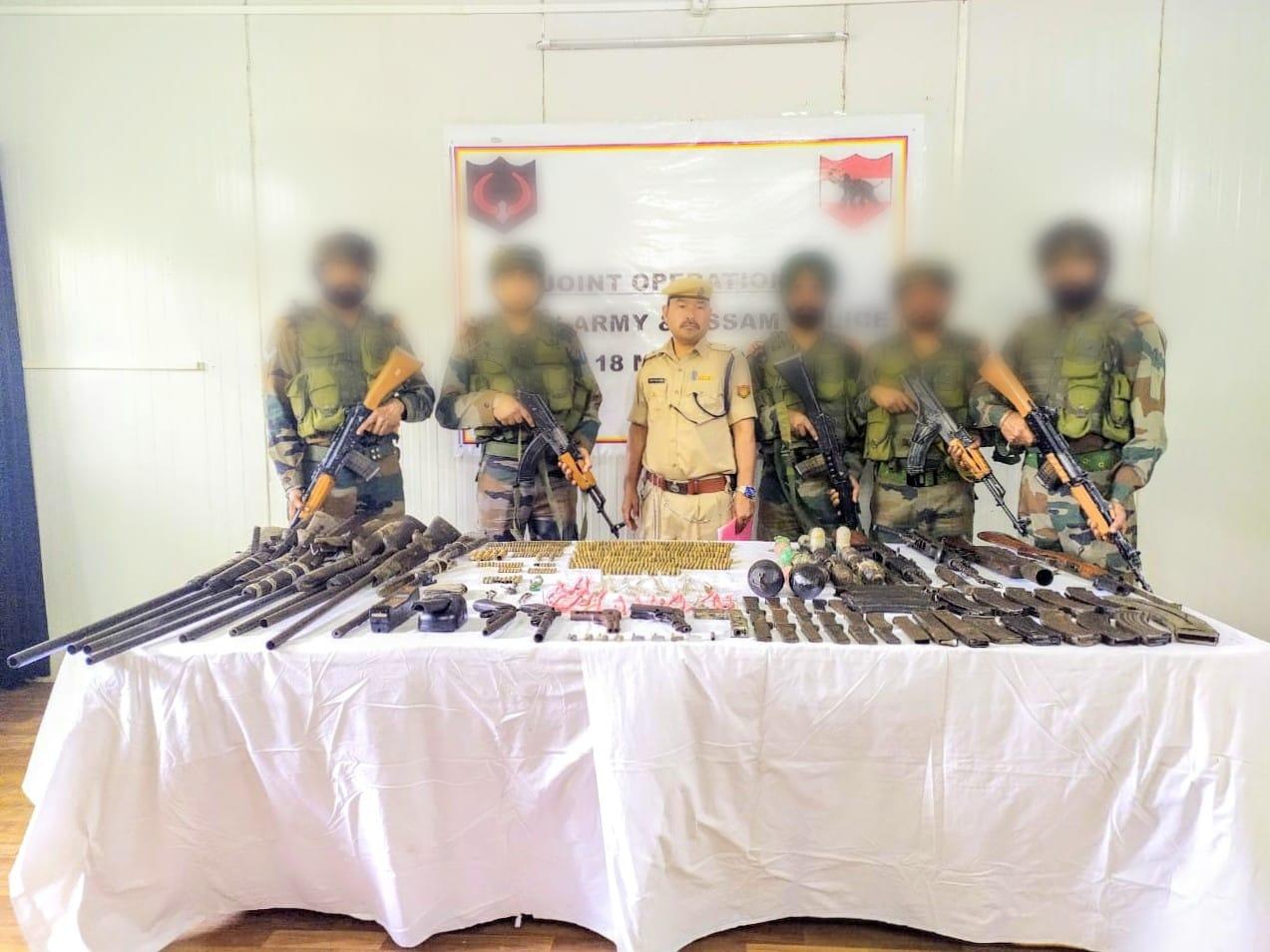 Guwahati: Based on intelligence inputs, multiple teams of  Indian Army and  Assam Police conducted extensive Search Operations in Kokrajhar and Udalguri Districts and busted huge cache of arms, ammunition and warlike stores which could have been used by Anti National Elements to carry out violence in the upcoming BTAD elections.

The leads regarding information of cache was being worked upon since  last month, Sources in the Indian Army said.

On receipt of reliable information about the location of arms cache in the general area of Chirang Reserve Forest and Bandarguri village, troops from Red Horn Division carried out extensive search operations in the general areas.

The major recoveries are as under:-

The success of the operation will go a long way in ensuring lasting peace in BTAD and Assam and thwart any nefarious designs of anti national elements with up coming BTC elections scheduled next month, the sources added.

The Security Forces will continue to undertake all actions to support Governments initiative to bring peace and meaningful development in the state of Assam.