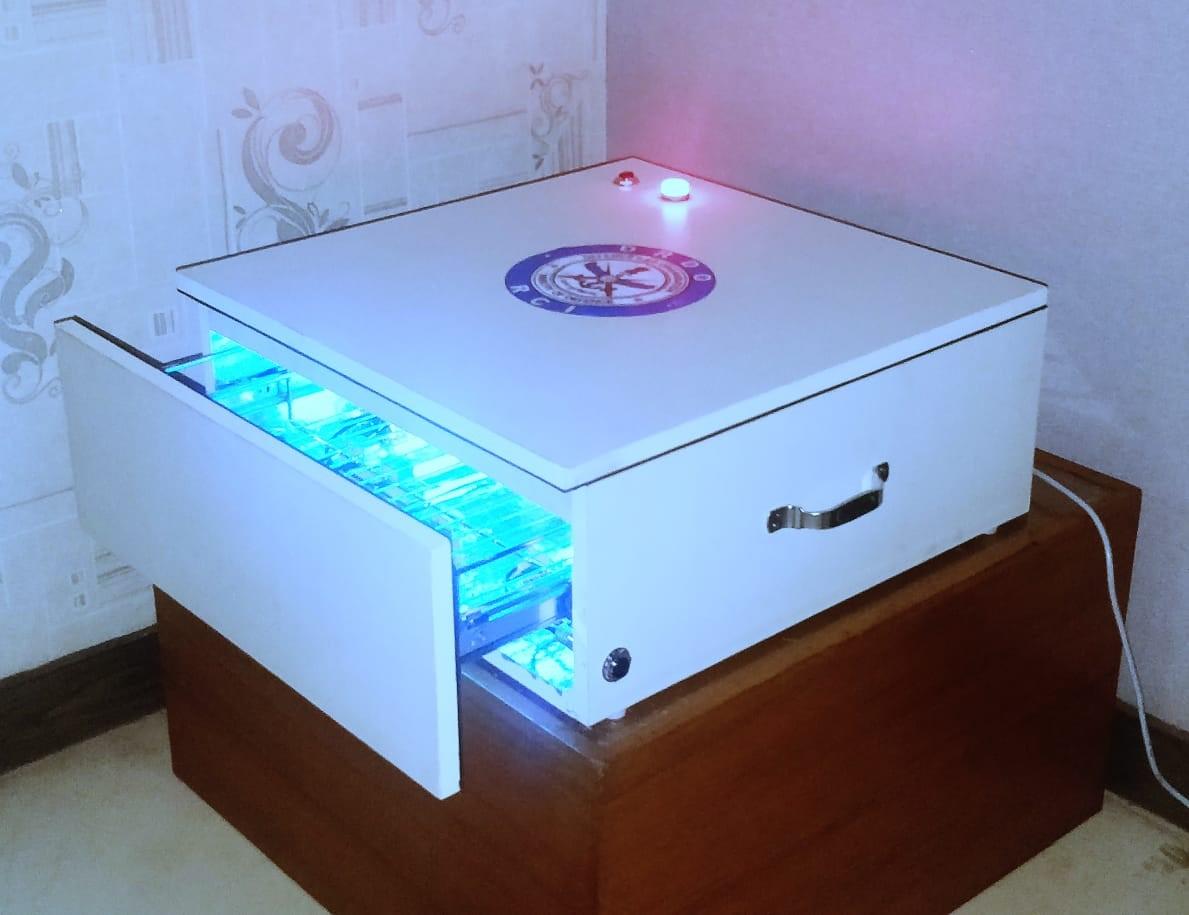 It has been designed to sanitise mobile phones, iPads, laptops, currency notes, cheque leafs, challans, passbooks, paper, envelopes, the Ministry of Defence said in a statement.

The DRUVS cabinet is having contactless operation which is very important to contain the spread of virus.

It provides 360-degree exposure of UVC to the objects placed inside the cabinet.

Once the sanitisation is done, the system goes in sleep mode hence the operator need not wait or stand near the device.

For that purpose, a sanitising technique has been developed, where one has to just place the loose currency notes at the input slot of the device.

It picks the notes one by one and makes them pass through a series of UVC lamps for complete disinfection.

DPP 2020: Conclusion of a 5-year product support agreement with additions

FDI in Defence: Industries hail government for raising the cap