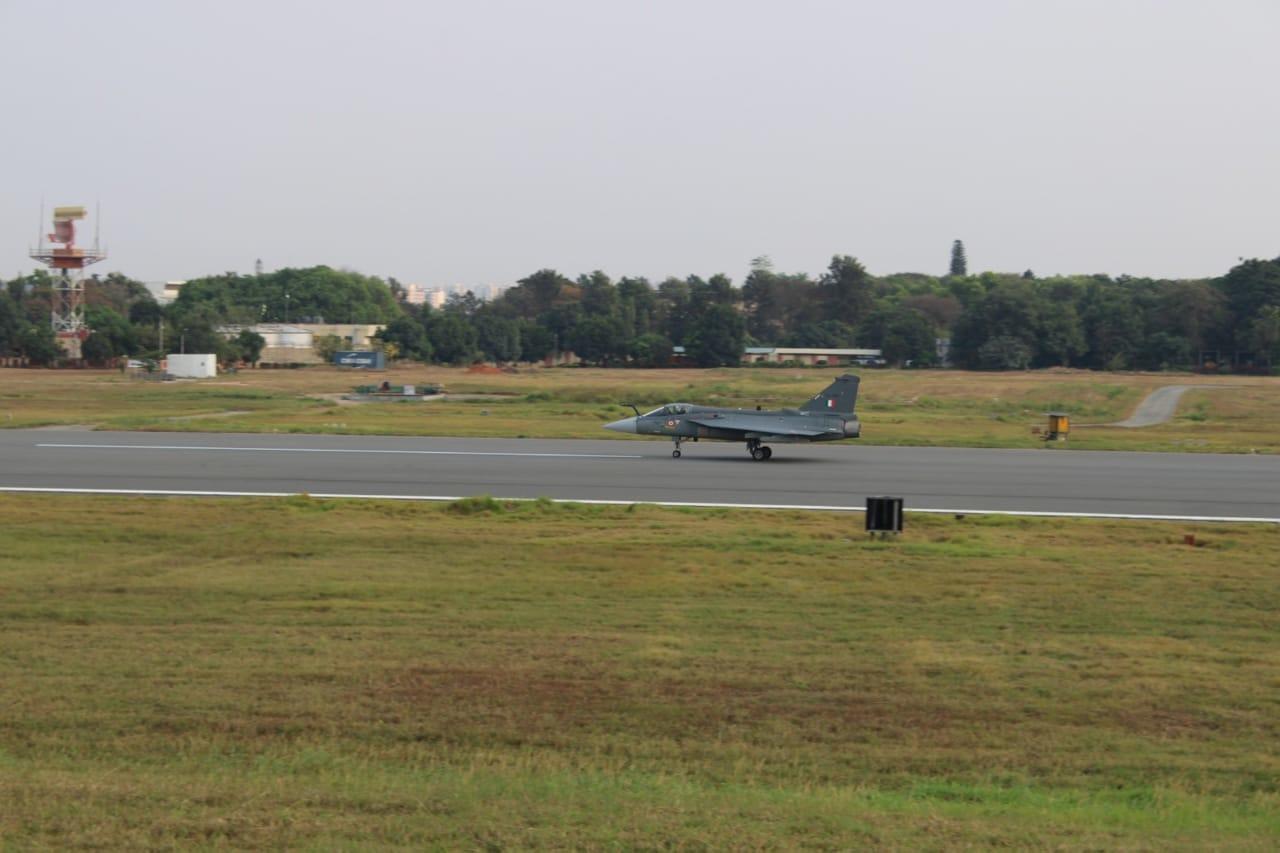 Bengaluru: The first Light Combat Aircraft in FOC standard (SP-21) took to the skies for maiden flight here on Tuesday.

It was airborne for 40 minutes.

HAL achieved the momentous feat within a record time of 12 months after release of Drawing Applicability List (DAL) and SOP by CEMILAC.

This would pave way for production of remaining 15 fighters from the FOC block which are planned to be delivered during the next financial year.

The FOC aircraft are equipped with advanced features such as Air-to-Air refueling, Beyond Visual Range (BVR) missile system, etc.

It imbibes a lot of manufacturing improvements which were based on the operational feedback of LCA IOC fleet with IAF.