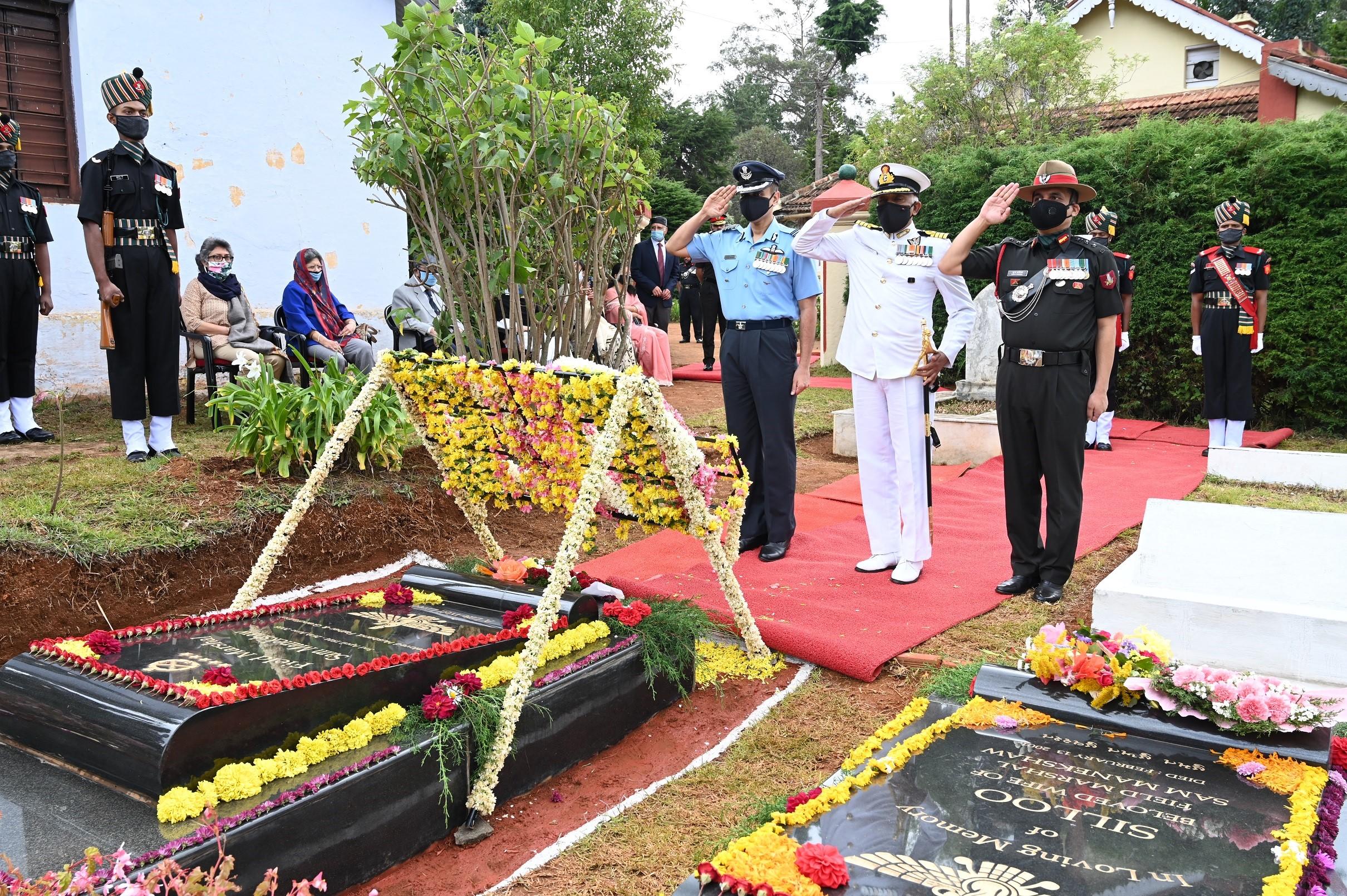 Field Marshal SHFJ Manekshaw was born on April 3, 1914 at Amritsar.

He had an illustrious military career spanning over four decades.

As a young Captain in WW-II, he saw action in Burma and was severely wounded. He was awarded Military Cross in 1942 for the conspicuous gallantry displayed in the face of enemy.

During 1946-47 Field Marshal Manekshaw was posted in Military Operations Directorate and oversaw the planning and administration of various issue related to partition and subsequently military operations in Jammu and Kashmir.

As Corps Commander during the 1962 operations, he demonstrated distinguished leadership and positively impacted the conduct of operations.

He was also the Commandant of Infantry School, Mhow and Defence Services Staff College, Wellington. He was awarded the Padma Bhushan in 1968.

Field Marshal SHFJ Manekshaw took over as Chief of Army Staff on 08 January 1969.

He successfully crafted India’s greatest military triumph by leading Indian Army into 1971 Operations which resulted in the liberation of Bangladesh within a short duration of 13 days. He was awarded the Padma Vibhushan in 1972.

In recognition of the outstanding contribution made by the General Officer to the armed forces and the nation, he was elevated to the rank of Field Marshal on 15 January 1973. He breathed his last on June 27, 2008.

Field Marshal SHFJ Manekshaw had settled down at Wellington after active service.

His association with the station goes back to the time when he was Commandant of Defence Services Staff College.

He shared a special bond with the Nilgiris and was equally endearing to the local population. In remembrance of the close association of Field Marshal SHFJ Manekshaw with the populace, assistance was provided by Defence Services Staff College to the needy by distribution of essential items through local NGOs.

A man with unflinching moral courage and exemplary leadership qualities, his life would always remain a source of inspiration to the armed forces and the Nation.