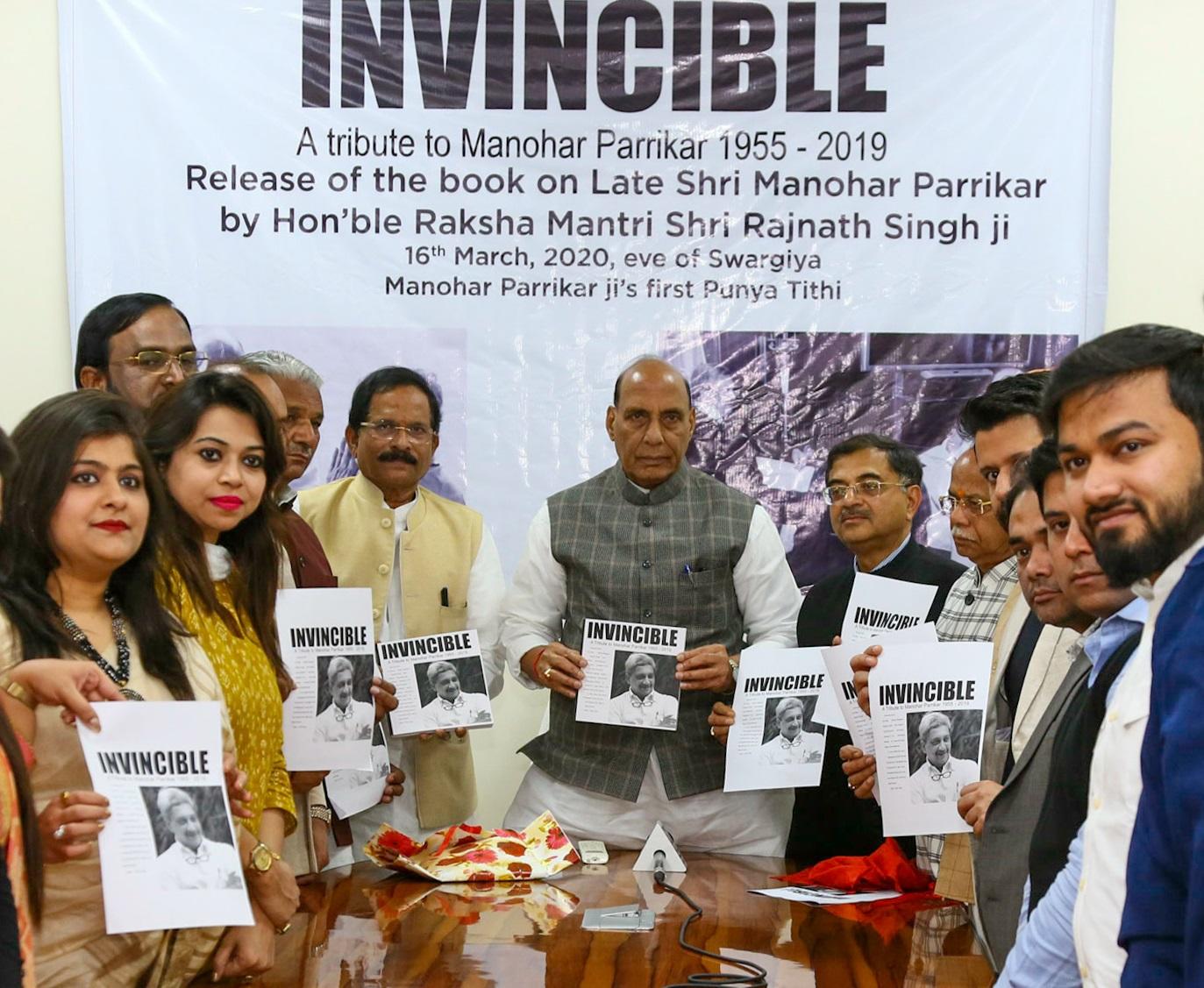 The book which is based on the life and times of former Goa Chief Minister has been edited by former Rajya Sabha member and senior BJP leader Tarun Vijay.

“Released a coffee table book, ‘Invincible’ edited by Shri @Tarunvijay, which is a tribute to former Defence Minister Late Manohar Parrikar ji. Parrikarji was known for his simplicity, honesty and steely resolve. He will always be remembered for his contribution to the nation,” Mr Singh tweeted.

He was four-time Goa Chief Minister and former defence minister passed away on March 17, 2019 after battling prolonged illness. He was 63.

Minister of State for Defence Shripad Naik was also present on the occasion.

Make in India: DAC approves procurement of 83 Tejas for IAF