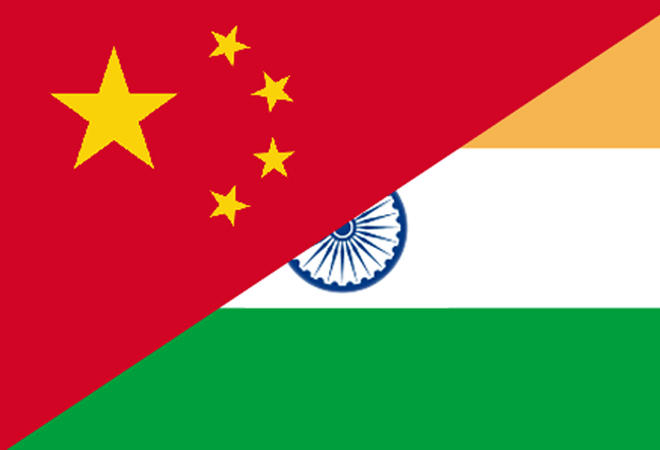 The current geo-politics and geo-strategy of India-China relations runs counter to the rich, ancient cultural linkages between the countries.

Of the four ancient civilised nations namely Egypt, Babylonia, India and China, only the latter two have survived the ravages of history, with their systems and traditions largely intact.

As per early historical accounts, Emperor Huang Ti established the Chinese Empire in 2697 BC, an era which corresponds to the Harappan civilisation (2500 BC), which means that ancient Indian and Chinese civilisations have co-existed for over 4500 years!

With the introduction of Buddhism in China around 67 AD, cultural interaction between the two countries was strengthened. As a result, more scholars from each side crossed over to the other in search of knowledge and enlightenment. Thus began the inter-mingling of Indian thoughts with that of Confucianism and Taoism.

Fa Hien (AD 399 – 413, years of travel to India) gave an eye-witness account of the customs of India, Buddhist monasteries, teachings and Buddhist legends linked to these sites.

In addition to giving a first-hand account of Buddhist rituals, he introduced the prevalent social and cultural norms, urban life and architecture and eating habits of Indians to the Chinese.

He was also instrumental in translating a number of Buddhist texts into the Chinese language, for the benefit of his countrymen.

Yijing (AD 671-695), though not as popular as FaHien and Hsuan Tsang, also played a noteworthy role in introducing Buddhism and India to the Chinese.

These pilgrims were among several hundred Chinese monks who had traveled to India and created a hallowed perception of Indians in the Chinese minds, as a land of erudite people and a highly civilised society.

Among the numerous Indian treatises and books that were translated into the Chinese language, one that deserves special mention is Indian astrologer and mathematician Aryabhata’s Astronomical Table, written in 718 AD.

A quote by Hu Shih, a former Ambassador of China to USA (from 1938-42) and also a prolific academic, philosopher and diplomat, neatly encapsulates the degree of India’s influence over China, “India conquered and dominated China culturally for 20 centuries without even having to send a single soldier across her border”

Over the ensuing centuries, both countries encountered their share of vicissitudes in the form of barbaric invasions, imperialism and violent struggles to craft a new future as modern nations.

India won her independence from the British in 1947 while the Peoples’ Republic of China was founded in 1949.

In China, India saw as a trustworthy friend for nation building, given its seemingly compatible socialist ideologies.

However, with the Communist Party of China (CPC) as the sole political party with absolute power, China consistently displayed an overtly expansionist and confrontationist streak by annexing Tibet, meddling in Korea, Vietnam and Taiwan, fighting with USSR and more recently with its preposterous claims over many islands and atolls in the South China Sea.

As for India, with the repeal of Panchsheel policy in the late 1950s, the 1962 Indo-China border dispute, cartographic claims over Indian territories and frequent PLA incursions, relations between India and China took a markedly negative turn.

These relations continue to be rocky to this day, even as China continues to extend unstinting support to Pakistan in its anti - India agenda and adopts a ‘no holds barred’ approach to undermine India in international forums.

It is heart-wrenching to note that enduring cultural linkages nurtured over the last four millennia, which could form the foundation for bilateral relations have frayed as China views India as an adversary with numerous, irreconcilable differences.

Evidently, the ideology of the CPC has a key role to play in weakening the ancient cultural linkages and stoking these differences to a point that could lead to a confrontation.

Notwithstanding the remarkable performance of China in terms of GDP growth since early 1980s and poverty alleviation on a scale hitherto unknown, the inadequacies of the CPC and its narrow understanding of governance came to the fore in the aftermath of the ‘Great Leap Forward’ (1958-62), a social experiment which resulted in the death of millions of Chinese citizens. In order to resurrect the eroded image of CPC, a campaign titled ‘Cultural Revolution’ (1966-76) was launched to preserve communism and its leaders.

These two misplaced events, amongst many other failed experiments like the One-Child Policy, resulted in famines, loss of uncountable lives and wreaked untold miseries upon the Chinese.

The utterly disastrous consequences of these events are a fitting testimony to the CPC’s perfunctory (mis)rule since its inception.

Will Asia or the Indo-Pacific Region see accommodation by China? Unlikely, given China’s (read CPC’s) hard-line approach. Peace will come to the region only with the demise of the CPC.

Among the many scholarly studies predicting the future of CPC, an article published by David Shambaugh, an influential and award winning author on contemporary China, in the Wall Street Journal on 6 March 2015is particularly stark, “the end game of the Chinese Communist rule has now begun ….. and it has progressed further than many think”

The prediction by Shambaugh seems quite plausible as the Party, which took birth in early 20th century, has not evolved with time in terms of its functioning and organisation, and stands out as an anachronistic liability to the Chinese people.

The Party perhaps fulfills only temporal aspirations of the Chinese to some extent but wholly fails to meet their psychological needs.

As for the CPC party ranks, the complete absence of freedom of thought and deed has undeniably caused deep fissures and resentment. It is only a matter of time before these fissures develop into cracks and cause the demise of the CPC.

Contrarily, though farfetched, the CPC may well consolidate its hold over China and win its delusional ‘100 Year Marathon’.

However, the Chinese people may well ask – Whose Dream? And to what purpose? Is the dream is meant to extend the CPC rule in perpetuity without the people of China enjoying the basic human rights of liberty and freedom?

After all, Homo Sapiens are perched at the top of the evolutionary pyramid - merely providing them food, clothing and shelter without freedom is not adequate, as seen all over the Free World. Time is the best judge ever!